The FIRST Mesa® ~ The Bass 450 by Randall Smith

The FIRST Mesa ever built - The Bass 450

Ahh... the MESA 450, the first amp I made that wasn't a rebuilt Fender.  And it was a Bass Amp, for a lovable thug from Oakland named Patrick "Buzz"  Burke, to whom I later gave my half interest in Prune Music.  I designed, silk-screened and etched the printed circuit board that runs the driver and power tubes.  The power supply and preamp sections are built on heavy acrylic boards using eyelets, sort of like the Fender ones, only these eyelets are on ridged material, unlike the "fish paper" of Fender construction.  The front panel is also an example of my early silk-screening:  pretty rudimentary -- but getting the job done!

Inside that unique snake-skin cabinet, the circuit is a somewhat modified Dual Showman, using Fender transformers.  As Patrick said, "That amp played at least 5,000 gigs and performed flawlessly until it and the speaker cab were knocked over and his cocktail (a Rusty Nail) spilled inside." The amp continued to play but started making some noises.  We "hosed it out" and it went back to work for another couple of decades!

It's truly the first MESA, not a Boogie as that name was reserved for guitar amps-- especially the compact high-power 1x12 combos.   And Patrick remains a truly Great Friend today, some 45 years later!  Thanks Buzzy!  Little did we know what you helped start!! 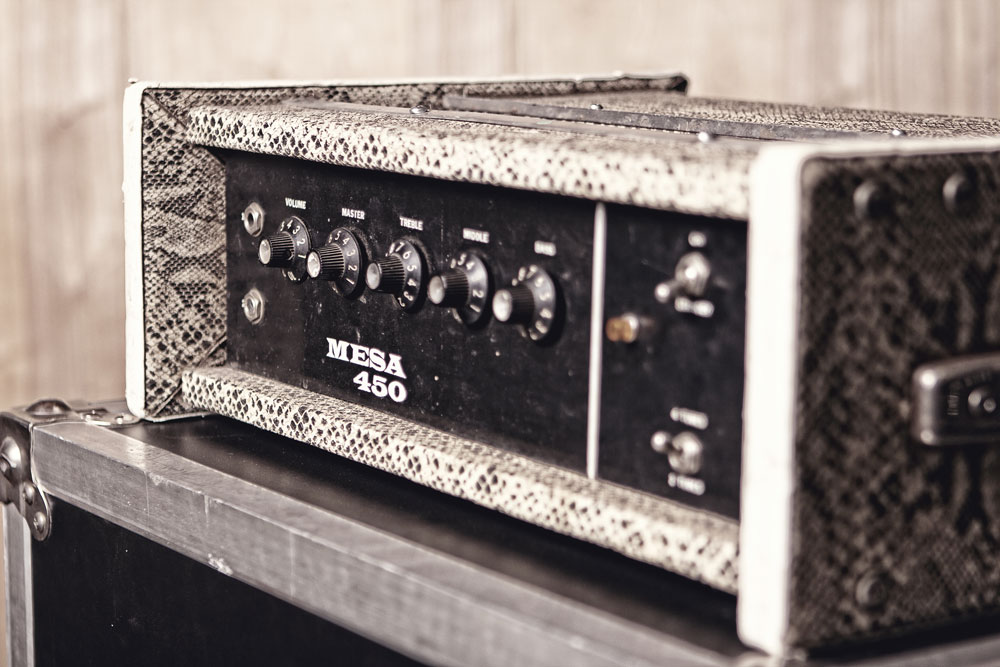 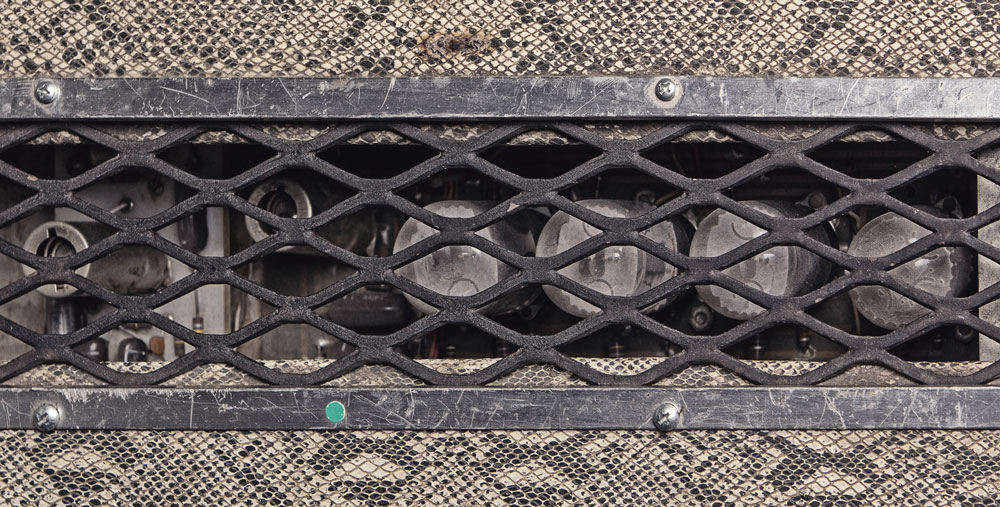 A peek inside the Mesa Bass 450 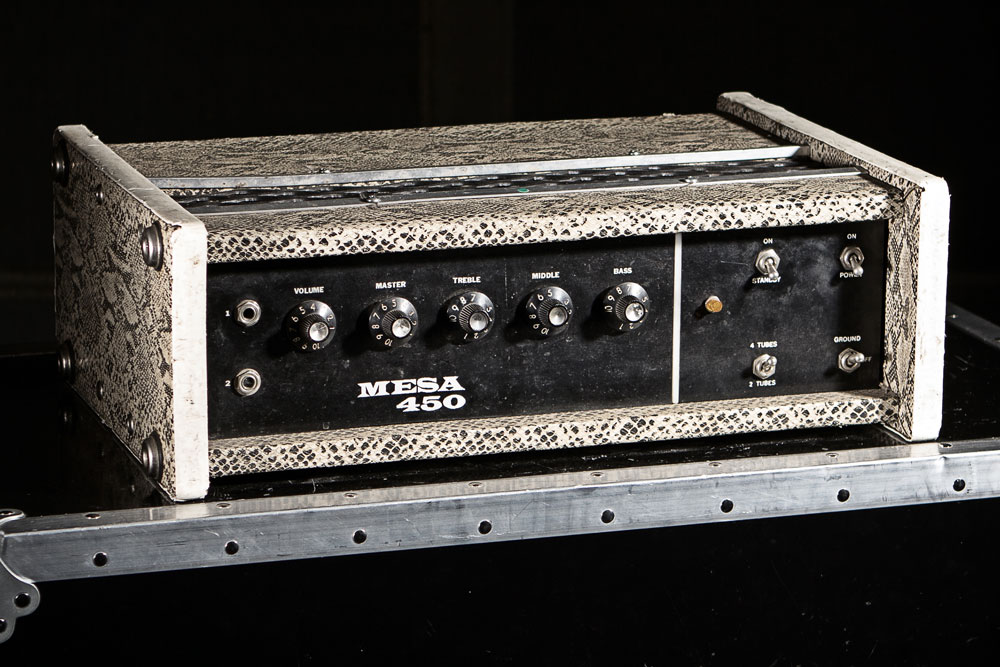 The FIRST Mesa ever built - The Bass 450