John Petrucci and the Story Behind the JP-2C™

As a teenager growing up on Long Island, NY I was surrounded by music...Zeppelin, Rush, Ozzy and Van Halen cranked over the airwaves, there was a band in every other garage on my block and everyone played guitar. Rock and metal was taken very seriously throughout the east coast suburbs and oftentimes it was the word of an older ‘seasoned’ player that was taken as scripture. It was, in fact, how I was initially turned on to the players who would ultimately have the most profound influence on me as a young guitarist, such as Steve Morse and Al DiMeola, and it was also how I first heard of MESA/Boogie®. 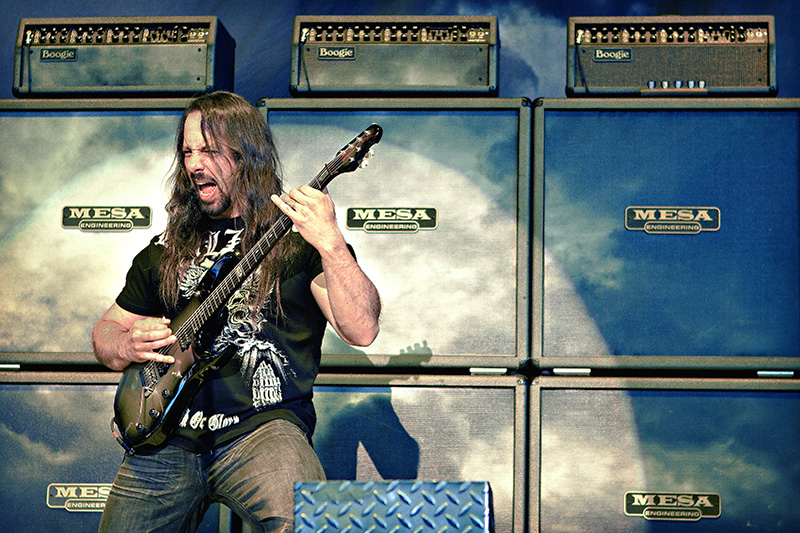 JP on tour with his trusted Boogie's

I’ll never forget visiting a local music store (where I would eventually end up being employed as a guitar teacher) that one of these respected ‘elders’ said to me; “If you want to try a real guitar amp, play through a Boogie®.” I was immediately intrigued by the funky name and just as instantly turned into a Boogie fanatic when I plugged my guitar into one at the store and heard the magic roar of the American-made, all-tube rig in that tiny music store fill every corner of the room. I’ll never forget it. What the hell was this thing? Made in Petaluma? Where was that? It might as well have said it was made in the North Pole by Santa’s elves. Maybe there were tone elves living in Northern California’s wine country who toiled over workbenches covered in tubes and circuit boards and built these life-changing sound machines. Who knows? Regardless of my naïveté, from that moment, I kept having serendipitous encounters with Boogies in so many different settings and circumstances. 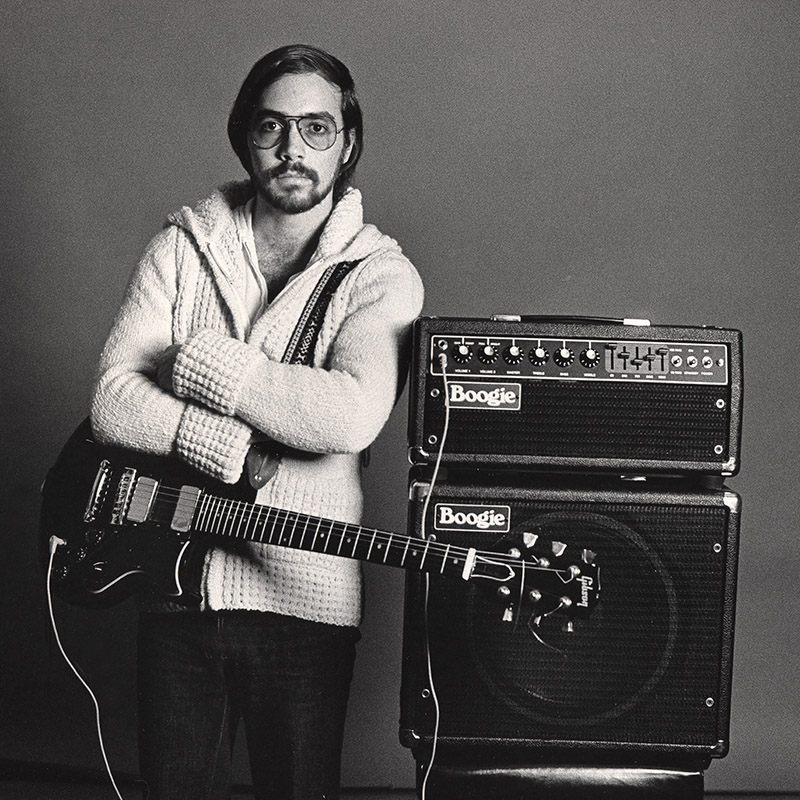 Experiences like hearing the God-like tone of a local guitar hero and discovering that he was playing through a Boogie. Or seeing Pat Thrall play with Jack Bruce in a nearby mainstay and being blown away by the cascading tone coming from this little head on stage with the name ‘Boogie’ across the front. Or the big moment of being completely enveloped in the massive guitar tones on Metallica’s ‘Master of Puppets’ for the first time only to find out that it was none other than the fabled MARK IIC+™ that I was hearing.

Needless to say, I became a fanatic of all things Boogie and not only would I end up being somewhat of a collector, but unbeknownst to me, the very style that I developed as a player would be forever entwined and associated with that ‘Boogie sound’. I can’t begin to describe the impact that this discovery has had on me as a player ever since. 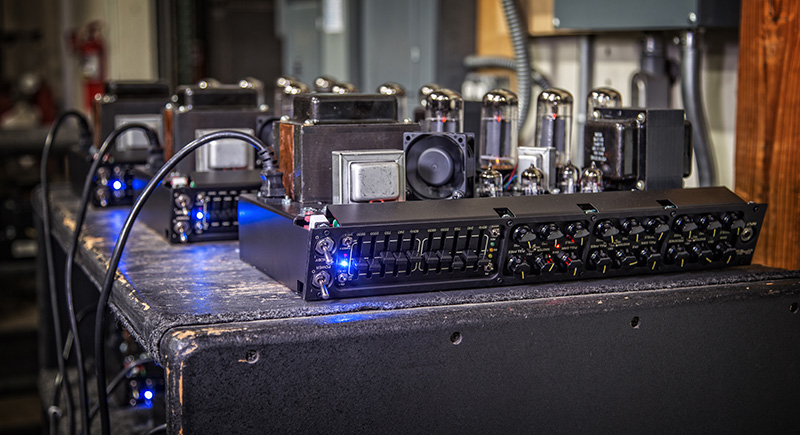 JP-2C's on racks during their 24 Hour "Burn-in" quality control test.

There has always been something magical about getting a new Boogie and cranking it up for the first time. In fact, I still recall after having placed my first substantial order for a Quad Preamp, 295 Power Amp, Midi Matrix, Abacus midi controller and Shock-Mount rack, waiting for the delivery and seeing that Roadway truck pull up to my house. It really was like Christmas!

As it turns out, it wasn’t just the awesome MESA/Boogie gear that screamed quality, workmanship and artistic integrity that hooked me, it was also the immediate, and subsequent care and service that the small California company extended to me, even as an unknown and not-yet professional young guitar player. I still remember my first tech call with none other than Doug West, who treated me as if I was in Metallica and not just some kid from Long Island with a new amp. That call and the relationships with Doug, Randy, Jim and the entire Boogie family that would develop far into the future, meant everything to me.

Randall Smith, John Petrucci and Doug West discuss the design of the JP-2C at the Petaluma, CA Factory.

Fast forward to me and Dream Theater being fortunate enough to turn that youthful passion into a full-blown career in music and those moments of kindness, service, loyalty and tonal discovery worked their way into my life as a professional. So much so that you can hear a MESA/Boogie amp on every DT album ever recorded, live or studio, as well as on my 2005 solo album ‘Suspended Animation’.

In fact, nothing demonstrates the signature commanding presence of an iconic MARK IIC+ better than the opening riffs of ‘Jaws of Life’ or ‘Damage Control’ or defines the expressive and liquid lead tones I’ve come to love and rely on as in ‘Glasgow Kiss’.

This brings me to my personal discovery of the ‘Holy Grail’ of Boogie, the MK IIC+ and eventually, to my own signature amp that bears its name. It was my good buddy, rack builder-to-the-stars turned wine mogul Mark Snyder who first turned me on to the now almost mythical amp. I can still picture it clear as day, going to his place in Brooklyn and plugging into my first C+. All I can say, is that the experience was...religious. I just knew that from that moment, my life of tonal pursuit had been forever changed. Now, I’ve played through the Studio Preamp, Quad preamp, Dual and Triple Rectifier, Road King, Triaxis, Formula Preamp, Lonestar, MK IIB, MK III, MK IV and MK V (to name a few!) which are all sacred tone-monsters in their own rite, but it was the IIC+ that had the most lasting impact. 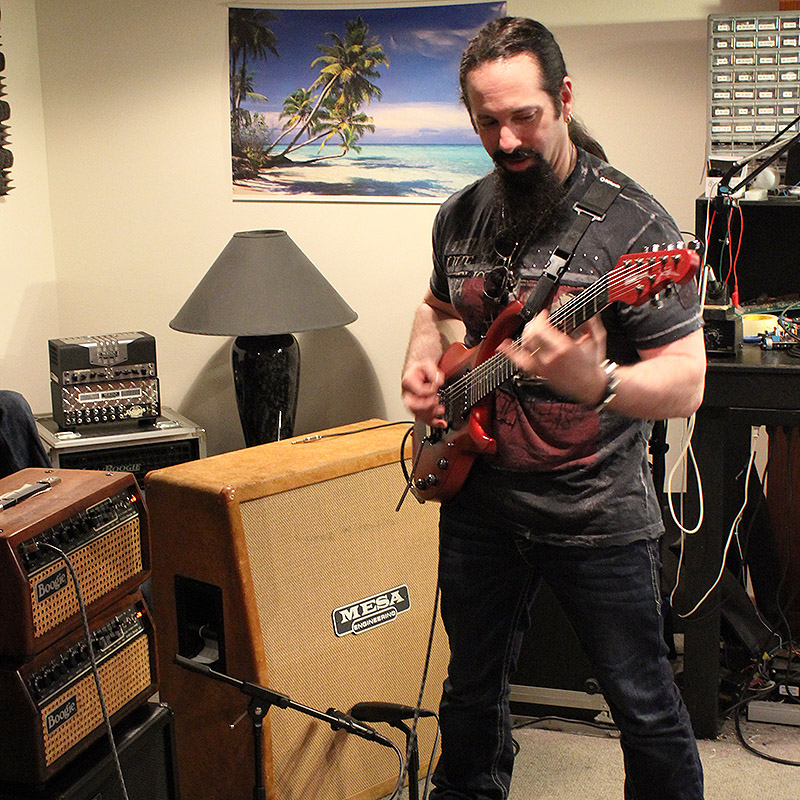 John playing his original Mark IIC+'s at the Mesa Factory

I started doing some research about the different incarnations built in the 80’s. The various transformers, power variations, original Sylvania Tubes etc. and started to consider myself somewhat of a C+ connoisseur. I even knew to look on the rear panel for the hidden Mike B. inscription written in black marker that signified whether or not that particular MK IIC amp truly was a “+” version! I ended up gravitating towards a specific sounding version that I would bring on the road and into the studio.

If you were to tell the 16 year-old me that one day there would be a MESA/Boogie IIC+ with my name on it, I would have laughed in utter disbelief and dismissed you as a mean-spirited charlatan. But alas...here we are. The JP-2C has been born! When the reality of doing a signature amp came to be, immediately the emphasis was placed on this being a bonafide and authentic C+ reissue in every sense of the word, from the massive transformer to the circuit and everything in-between. Randy not only vowed to make good on that commitment, but pledged that in anyway we could, we’d even try to surpass the original. Now, this may be hard to swallow for anyone out there reading this who is a C+ purist and tone-junky, but...we have surpassed the Holy Grail!! 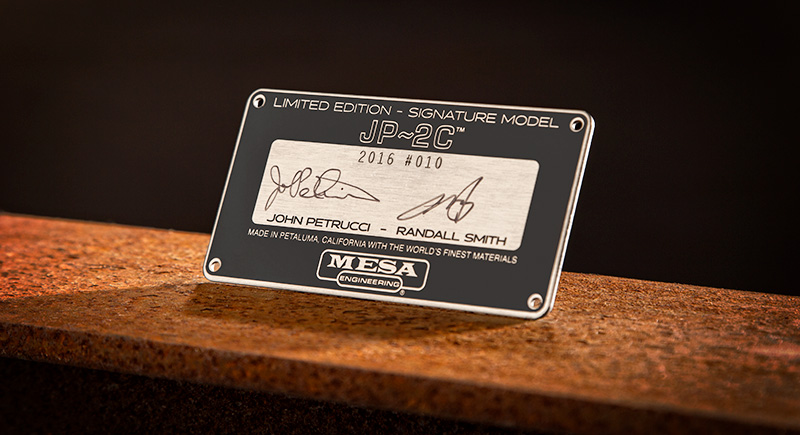 For me, once the tonal properties were intact, it was all about improving upon the ‘performance’ limitations of the original and bringing its feature set into the 21st century. Whether it was including three separate Channels with independent Channel EQ, having 2 Lead Channels with not just one, but two assignable Graphic EQ’s, adding midi capability, building in the CabClone DI, or the modernized SHRED feature, the goal was to make one amp that would provide everything I needed for stage and studio. Anything any guitarist would ever need to not only produce the greatest clean, crunch and lead sounds on the planet, but also access them in an instant in any setting thrown at you. There you have it, our challenge and our mission… to create the be-all and end-all of guitar amplification. I think we achieved it and then some… and I hope you agree. 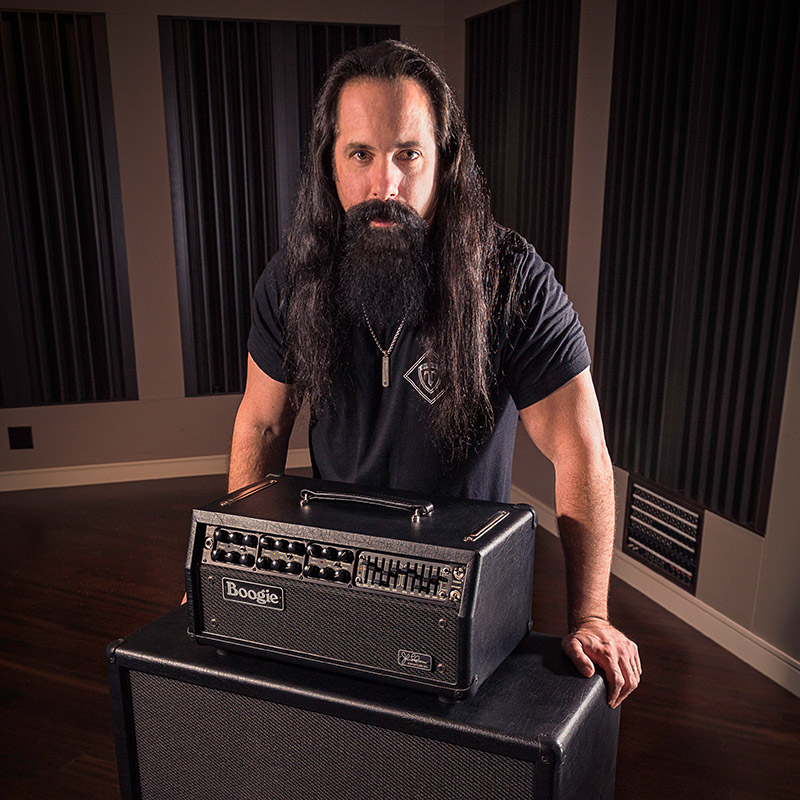 I could not be more proud to have my name on what, in my opinion, may go down in history as the greatest guitar amp ever built! I am forever humbled and grateful beyond expression for the opportunity given to me by this amazing family and team of artists and innovators. Now, you get to enjoy all of the history and hard work that went into creating it!

Here’s to your personal Tone Mission™. May the JP-2C bring you years of tonal ecstasy and artistic revelation.