Monuments guitarist John Browne brings another round of 7-string guitar wizardry to the Tone Sessions, this time playing through the Mark Five: 35™ head and a Rectifier® Traditional 4x12. The song “Stygian Blue” is an unreleased song from the band’s 2016 writing sessions for their third Monuments album due out this year.

This playthrough is a great showcase of the versatility of the Mark Five: 35 for both pristine, sparkling clean sounds and tight, accurate and detailed gain sounds for both extended range rhythm tones and searing-yet-smooth single note lead sounds. It’s worth noting that the Ch. 2 gain setting for both rhythm and solo sounds in this video was less than halfway up - tons more crunch to be had for those who love massive gain!

Combined with the graphic EQ and multi-speaker closed-back cabs like 2x12s and 4x12s, the punch and saturation of Ch. 2 is substantial & accurate and combines the snarl and sparkle of Mesa®’s well-known four EL-84 power section with the renowned gain of Mark Series amps. 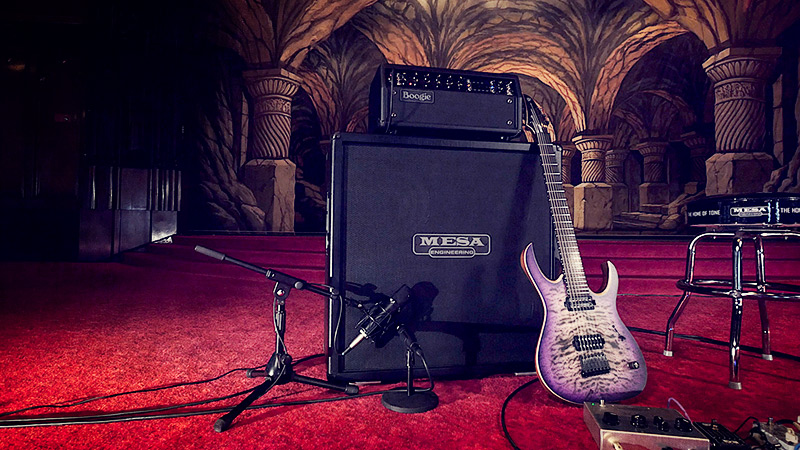 That same Dyna-Watt™ power section brings pro level clean headroom to the compact Mark Series format. For this song John was looking for VERY pristine, sparkling clean sounds and had the Gain control set very low at – around 3 – to maintain optimum clarity. Even at that low gain setting, the Master was still less than half – leaving plenty of room for even more headroom if needed.

In addition to being available as a Short Chassis head and 1x12 combo, the Mark Five: 35 is even offered as a 4-space rack mount for those looking to build compact touring/gigging rigs. 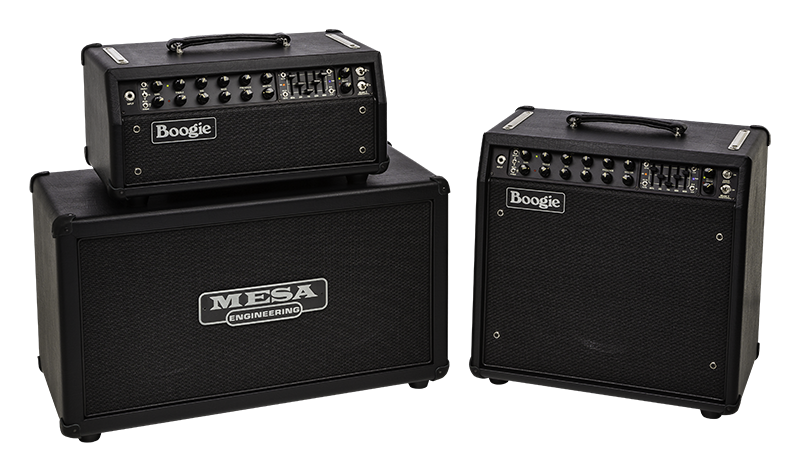 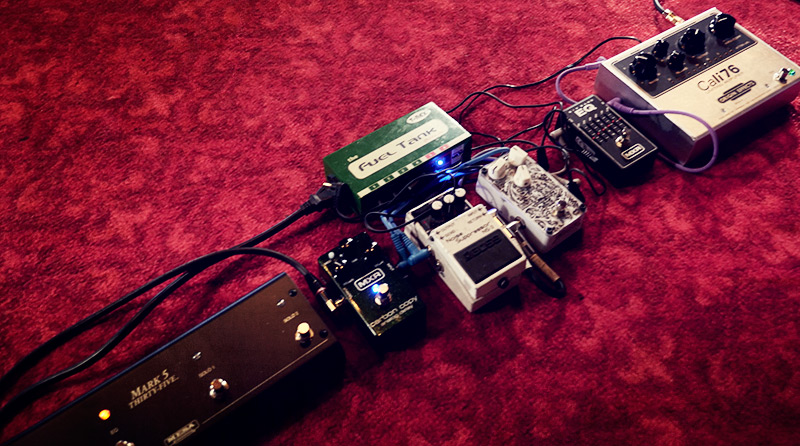 Recorded with the Mark Five: 35 Head and 4x12 Rectifier Traditional with Vintage 30 speakers. Mic’d with a Shure SM57, Mojave MA-301 FET and the CabClone™.